Expat Survey: More than 90% of Expats in Ecuador Rate It Highly

Summary: Our survey to find the Best Places to Live in 2022 revealed that 92% of expats in Ecuador report that they are happy with the expatriate experience there. 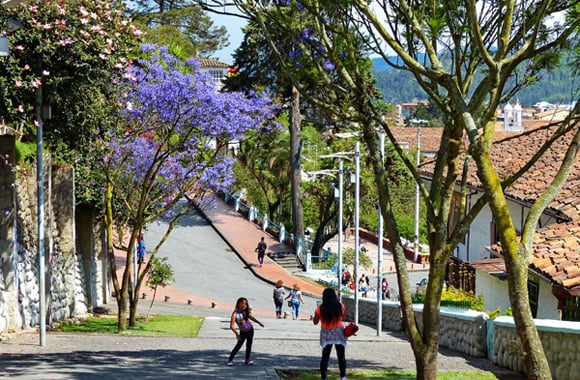 Expats in Ecuador offered their opinions and insights about living in in our Best Places to Live for 2022 Survey. The South American nation is often mentioned as one of the most popular expat destinations in the world.

An incredible 92% of expats in Ecuador reported being either Extremely Satisfied (43%) or Very Satisfied (49%) with the quality of the expatriate experience there. Globally, 70% report of expats reported having that level of satisfaction with their experience.

When asked about their entertainment options (movies, concerts, museums, etc.), 82% of expats, retirees and nomads reported that they were either Extremely Satisfied (44%) or Very Satisfied (38%). That 82% is 26 percentage points higher than the global average of 65%.

As for local dining options, 83% of expats in Ecuador indicated that they were either Extremely Satisfied (27%) or Very Satisfied (56%), which is 12 percentage points higher than the global average of 71%.

When asked about the quality of their local water in Ecuador, 88% of expats in Ecuador reported being either Extremely Satisfied (57%) or Very Satisfied (31%). That 88% is 13 percentage points higher than the global average for quality of local water.

Direct Quotes from Expats in Ecuador

"Cuenca is a green city, well ahead of the two bigger cities with regards to recycling not only public waste but waste from the parks to use in flower beds. The city has so many parks and over the past several years have installed exercise equipment in many of them. Many walking trails are available. Of course one does not have to travel far to enjoy some of the most spectacular scenery."

"We love Cotacachi, have become completely integrated here, started an animal rescue foundation and hospital, have now started an indigenous community project and have homesteaded a large and functioning animal farm. Ecuador is a dream come true."

"The Ecuadorian people have been very accepting and friendly to me. This is my home now and I'm very happy with my decision to move here."

"Cost of living, beach, much more reliable internet make Salinas my last stop on the planet."

"Our one concern is that my husband can't learn Spanish for the life of him and I worry that in an emergency the lack of english-speaking medical personnel could be a problem. We've gotten good care from the medical staff, Doctors, and hospitals though."

Contribute
Help others in Ecuador by answering questions about the challenges and adventures of living in Ecuador.