Expat Guide to Living in Tobercurry

Whether you're already living in Tobercurry or preparing to move to Tobercurry, our Expat Guide to Living in Ireland offers articles and reports submitted by expats about expat life in Tobercurry. For answers to specific questions, visit our Ireland Forum to talk with expats in Tobercurry. 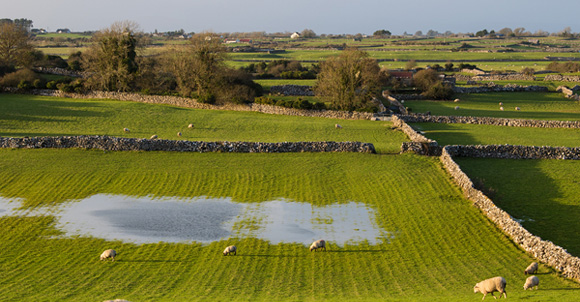 A retired couple, who first gave retirement in Florida a try, found that Ireland has a much lower cost of living and enjoyable lifestyle. They miss their family and friends, but appreciate that modern technology helps them see their grandkids regularly. They talk about the research they did, how they chose Tobercurry and what living in Ireland is like. 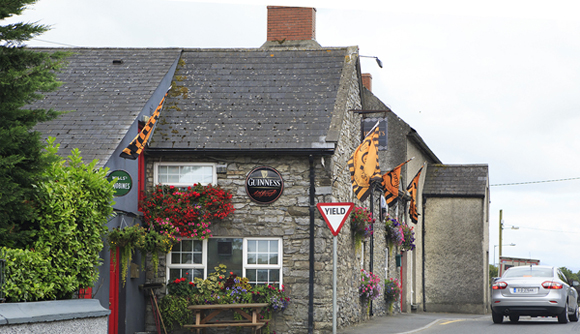 Dream vs Reality of Living in Tobercurry, Ireland

A couple who moved from Florida to Ireland for retirement did their research and found that the reality of living in Ireland surpassed their dreams.

A expat in Tobercurry talks about how she and her husband chose to retire in Ireland - the more affordable lifestyle (living on less than $2,000 a month), Ireland's public healthcare system, finding a home through an Estate Agent, enjoying walking everywhere and not needing a car, the sense of safety and more. She cannot stress enough that anyone thinking about retiring in Ireland research diligently and seek the advice of other expats.

Culture shock is part of the settling in process. Knowing the different phases of culture shock and how other expats in Tobercurry handle it can be very comforting. Help others preparing to move to Tobercurry by filling out our Culture Shock Report.

What are people's priorities in Tobercurry - work? family? socializing? What are the best ways to meet other expats? Are people accepting of racial, cultural and religious differences? Help other expats and people moving to Tobercurry by filling out our Living Overseas Report.

Parents are invited to answer questions about the schools that their kids attend (Pre-K through High School) in hopes of helping others moving to Tobercurry with the school selection process. If you have expat children who attend school in Tobercurry, take a few minutes to submit a School Review.

Dream vs. Reality of Living in Tobercurry Reports

Most expats have have "dreams" (and fears) about the expatriate experience before they moved to Tobercurry. If you are already living in Tobercurry, share how those "dreams" have been fulfilled, and how they have not. Below are some of the reports from expats in Tobercurry: Submit a Dream vs. Reality Report

Retiring abroad can be a great option for retirees seeking their dream lifestyle at an affordable price. Help other retirees, who are thinking about retiring in Tobercurry, by filling out our Overseas Retirement report. Below are some of the reports from expats in Tobercurry: Submit a Retire Abroad Report

How did expats choose their doctors, midwives, hospitals? What is childbirth like in Tobercurry? Help other expats who are preparing to have a baby in Tobercurry by filling out our Having a Baby Abroad Report.

What's it like to find a job in Tobercurry? How difficult was it to obtain a work permit? What types are jobs are typical for expats in Tobercurry? Help others following in your footsteps by filling out our Working Abroad Report.

Get a quote for expat health insurance in Ireland from our partner, Cigna Global Health.
Get a Quote

Ireland Forum
Join our Ireland forum to meet other expats and talk about living in Ireland.

The passion that expats in Ireland have for their adoptive land is often truly amazing. Many get absolutely absorbed in the culture, the people and everything else that Ireland has to offer. (more)

Expats moving to Ireland have a wide variety of options in terms of great places to live. People moving to Ireland for work, to retire or for any other reason can realize the life they imagine if they do enough research before taking the plunge. (more)

Best Places to Live in Ireland

Expats in Ireland have a lot of options when they consider where they would like to live on the Emerald Isle. From great cities like Dublin and Galway, to more rustic areas such as Killarney, this is a good start for expats looking to explore where they will be happiest in Ireland. (more)

Expats in Ireland face very specific timelines and rules when it comes to getting healthcare in Ireland. It's important to understand how this will impact your journey and your individual health before you decide to move to Ireland. (more)

Real estate listings in popular cities and towns in Ireland.

Pros & Cons of Living in Ireland

Take off your rose-colored glasses and learn what expats have to say about the biggest challenges and the greatest rewards of living in Ireland.

10 Tips for Living in Ireland

Expats living in Ireland say that the transition from tourist to expat is not as easy as one would think -- from challenges making friends with the Irish to the rainy, gloomy weather. (more)