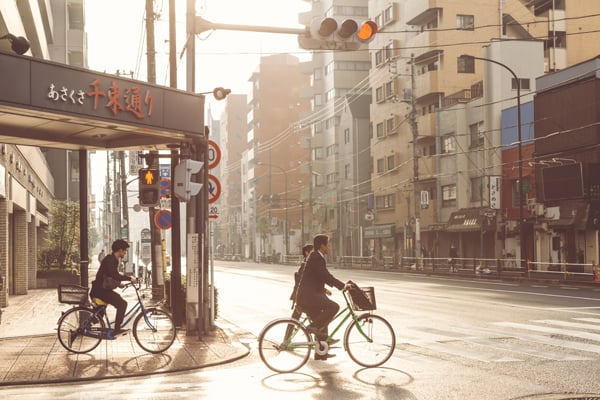 "Driving!!!!!!! The steering wheel is on the front right side of the car & you drive on the left side of the rode. I was scared to death. I watched my husband drive for 6 months till I decided I was ready. Now its second nature. It also very scary that the motorcycles can drive in between the cars whenever they want-without warning. be alert!," confessed one expat living in Japan.

"Japanese appreciate when you try to speak their language. I would suggest Rosetta Stone in beginner Japanese. or a website someone told me was free -japanesepod101.com ( I heard it sends you lessons to do everyday things)," advised one expat in Japan. Another expat said, "I learned Japanese on my own and via a couple classes before I went over. It helped a little to learn kana just to be able to recognize some things on signs and menus, but I was FAR from fluent in the language." Another expat in Tomobe said, "I only knew a few words of Japanese before I left, but I learned the language as I went along. The Japanese tend to use the same language patterns quite frequently so it was easy to learn how to do a self introduction. Beyond that, things became more difficult and I was only able to advance as my vocabulary increased."

"Taking off your shoes before entering someones home. You don't talk on your phone on the train. Only text or reading. Its quiet. not much talking either. When in doubt copy the Japanese. They are a very polite society. They respect your personal space on the train unless rush hour time when people get off work. everyone gets packed in like sardines! ha!," said one expat.

"The absolutely ridiculous level of racism bothered me a lot as well. I'd never been denied admission to a shop or restaurant based on my ethnicity before I came to Japan. Having said that, there were many many things I loved about Tokyo and Japan that were constant from start to finish," explained one expat living in Tokyo. Another said, "Racism is rampant in Japan and there are some people who take it to an extreme. Dealing with the police for anything is a part of that as well since the police are the ultimate defenders of Japanese culture and unless you have a Japanese person with you there they will not give you any service whatsoever. Additionally, if a crime is committed against you, it isn't because you are the victim, it's because you invited the criminal to commit the act - in other words a foreigner cannot get a conviction against a native Japanese person based solely upon their race." And another expat in Okinawa explained, "Most people are very conservative. There is a sense of purity in relation to race that makes some multi-race relationships unaceptable by family members."

You'll Have Your Moments

"I said "Arigato" to a man I passed ( which means Thank You) when I meant to say Ohiyo gzamuz ( which means Good Morning!) My son said, why did you tell that man Thank you? I laughed & said I was nervous," confessed an expat in Ayase. Another expat in Tokyo recalled, "One time on the weekend of thanksgiving I was on a train with some friends. They handed me a beer, and I thought yeah sure I'm on vacation I'll have a beer on the train. It felt kind of wrong or something but I don't think it was illegal, just maybe culturally wrong. So I went to take a sip of my Kirin tallboy and watched in terror as it spilled and rolled across the floor of the moving train. 30 people instantly turned and stared at me, and I sheepishly tried to sop up the beer with some napkins. Really embarrassing."

Cost of Living in Japan

"Driving a car should be limited. There are tolls on the highways quite expensive $$$$. Mass transit is the way to go. There is a craigslist in every area to find used stuff & cars on cheap," advised one expat in Japan.

"It does cost a lot to live in Japan. Learn to use the train for getting around Japan. It opens up a whole world to you. I suggest a IPHONE from the carrier Softbank. It has a GPS on it I rely on & a train app for Japan that will tell you which trains to get on to get where you're going," suggested an expat in Japan.

An expat living in Kanagawa Perfecture said, "Think small. A lot of American furniture won't fit in the pats here. I would come with my important papers & luggage. Get your place then shop & have furniture delivered. Or by used from craigslist or recycle or 2nd hand stores. There are plenty!"

Choosing Where to Living in Japan

"When choosing a home, pick something near a train station, as this is the easiest way to get around. Most Tokyoites spend at least an hour commuting by train, so don't let the distance worry you. Most real estate agents only speak Japanese, so bring a translator with you. Expect the kitchens to be galley style, and for the washing machines to be in the bathroom or on the balcony. Make sure your neighborhood also have plenty of markets nearby-refrigerators are so small, you have to shop daily! We live in a two-bedroom apartment, called a "mansion". This means it is newer construction, built mostly of concrete and brick. It is a small building, with only 5 other tenants. The owner lives on the first floor. Our neighborhood is all Japanese, and we are the only foreingers in our area.This is not typical - most expats either live in high-class apartments that cater to foreigners, or else in tiny traditional apartments. It depends on your payscale. (ie executive or English teacher). We also brought our dog with us, so it was much more difficult to find a place. Most places that allowed dogs were much more expensive," recommended an American who moved to Tokyo.

Another person said, "Real estate agencies will show you everything even places that don't meet your requirements, ex:2 bedrooms instead or 3, no parking, etc... See the floor plans before seeing any of them, it will save you a lot of time. And once you have narrowed it down, visit the flat a time when you know that your nieghbors will be in.... Some flats don't have insulation and you can hear if your neighbor just sneezed."

An expat in Okinawa suggested these activities, "Aikido or any other martial arts activities. SCUBA diving through a certified instructor, there are plenty on island to sort through. If you have the talent to coach kids or referee any sport activities you will enjoy that as well. All over this island coaches and referees are always needed."

"Community House & Information Centre's (CHIC) goal is to serve as a bridge between the international community and the Kobe community at large, to help both newcomers and long-time residents get the most out of their stay in Japan," said expat in Kobe. 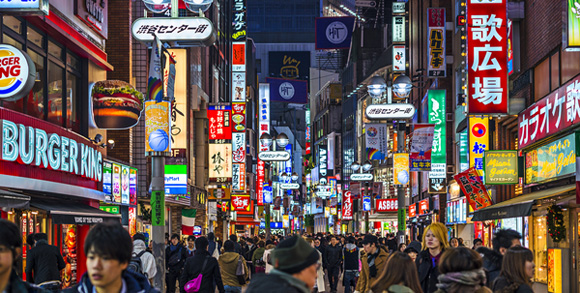 Newcomers to Japan should consider these 4 tips for conducting business in Japan. ...

Author and Blogger Brian O'Sullivan helps expats examine the differences in parenting that exist in Western and Far Eastern cultures. Emotional self-regulation and self-recoginition are a few of the ...

A "mansion" means it's a multi-unit apartment building, more than two floors, not that it is newer. There are plenty of older mansions. Smaller buildings are called "apaato". And the owner does not always live in the building. And you can easily get large refrigerators so no need to worry about that (although you'll need to make sure you're in a big enough apartment - not a tiny one room place). There are also English-speaking real estate agents in the major cities. But don't worry about being near the train station unless you live in a big city and they have a good bus system. It's not always expensive to live in Japan - it primarily depends on where you live, how you live, and what you compare it to (where you're from). There are plenty of ways to save money. As for expressway tolls, they can add up, but are often cheaper than taking the bullet train (as great as public transportation is). Getting an ETC system will save you money on this.

These are really great tips! I read about Softbank in another post earlier (here - http://www.mangauk.com/post.php?p=5-things-to-prepare-you-for-life-in-japan-part-2) so I think I shall try them first when getting a phone! I laughed at you saying "Arigato" to a man in the street - it's the kind of thing I would do, too! 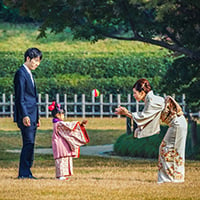 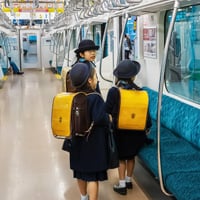 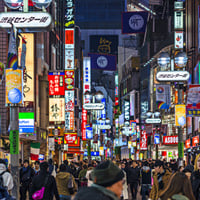