Philippines:   For Rent    For Sale    All Properties

This property is no longer listed.

The Philippines attracts the interest of expats from all over the world - truly has a lot to offer for a variety of different people. However, it's also important to understand the pitfalls that can be avoided with appropriate homework and preparation.

Contribute
Help other expats and newcomers by answering questions about the challenges and adventures of living in Philippines.

Expats moving to the Philippines join others that have moved there for work or a lower cost of living during retirement. It's critical to understand what the realities of living there are, but those that successfully make the adjustment believe it is a good place to live.

Best Places to Live in Philippines

The Philippines is known for its big cities, breathtakingly beautiful beaches, friendly Filipinos and low cost of living. Where are the best places to live in the Philippines? Expats, digital nomads and retirees share their favorite places to live.

Real estate listings in popular cities and towns in Philippines.

Pros & Cons of Living in Philippines

Take off your rose-colored glasses and learn what expats have to say about the biggest challenges and the greatest rewards of living in Philippines.

10 Tips for Living in Philippines

Expats seem to unanimously agree that the best thing about living in the Philippines is the Filipino people. The cost of living is another thing to love. 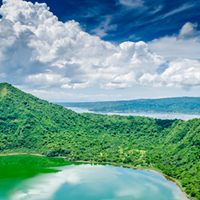 8 Safest Places to Live in the Philippines

Expats living in Angeles in the City live in a highly urbanized city that is fairly close to Manila. The former Clark U.S. Air Force Base is in Angeles and part of the Clark Freeport Zone. 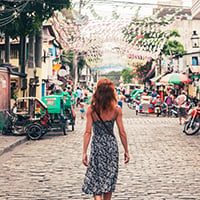 5 Tips For Living In Manila

Expats in Manila have reported many of the same themes since the inception of Expat Exchange. Read some basic facts and tips about this Philippine city (and metro area) on the island of Luzon. 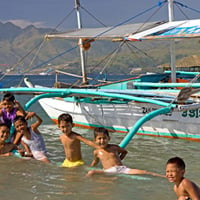 With its low cost of living, beautiful beaches, bustling cities and hot climate, expats have been flocking to the Philippines for years. Here are six of the best places for expats to live in the Philippines.