I came to the Netherlands because my husband is Dutch and, unfortunately there is no cross-cultural training involved for those kinds of cases! This is precisely the reason I started my blog Clogs and Tulips: An American in Holland (http://clogsandtulips.blogspot.com) - to try to offer aid, advise, an outlet, and a community for other expats to learn from my experience as well as each other's.

Right after I first met my husband, I started learning some Dutch words here are there just for fun. There was a desperate scramble to learn all those polite phrases one needs to know as a dinner guest the first time I met his parents. But I didn't really start studying Dutch seriously until I had been here for a little over a month.

I started classes at that point and a year later I'm still formally studying Dutch. My husband and I speak Dutch to each other three days a week and I joined an all-women Dutch singing group towards the end of my first year here.

I think it's of utmost importance to learn the language of the country you're going to and/or living in, no matter how long you plan to be there.

Culture shock was not really a concern, mainly because I had other pressing concerns. Like applying for residency, moving all my junk into my husband's tiny apartment, moving my dog over, our wedding, what I was going to do for work, etc.

Moving to Netherlands soon? AGS Worldwide Movers is a leader in the international moving industry. Their experience and expertise allows them to guarantee their clients the best quality moving services. Get a moving quote today.

To be honest, I adapted here in The Netherlands like a fish to water. There were a few things that drove me nuts - no 24 hour establishments, Cola Light instead of Diet Coke, small roads and even smaller parkinglots, impossible to see traffic lights and street signs - that I really don't notice anymore.

Of course, there are some big things like the cycling culture. The most difficult thing to adjust to is the lack of what in the United States is considered common courtesy. There are no "excuse me's" or "pardon me's" when someone bumps into you or needs to pass by you or if you happen to be in the way. It's very Dutch just to wriggle past, no matter how close the quarters. The idea of waiting your turn in lines is also rare.

I would like to say here that this most certainly does not apply to all Dutch or the Dutch in general. It is just something I and other expats here in The Netherlands have experienced. I have met some very lovely Dutch people who also don't understand why such behavior is common here.

I was a bit scared after first coming here of how and how well I would adjust and fit in. I thought for a short time that I was the only person ever to have moved to The Netherlands for love and possibly stay here forever. That period was extremely brief (a matter of about a week) and then I immediately fell into the "honeymoon phase." And after a-year-and-a-half, I'm still there!

Lately, I've found that the longer I stay here, the less I fit in back in the US. I'm more open-minded, more laid-back, more active, more environmentally conscious. I've noticed no other differences in myself.

The Dutch are very outdoorsy and I love that. They cycle everywhere and any time there is sun, no matter what the weather, you will find them out basking in it. It's the cycling culture that I have completely fallen in love with.

I also enjoy how environmentally friendly they are. Most companies will reimburse employees 100% of their travel expenses as long as they use public transportation. The bikes take people most places and rarely do you get a plastic bag with your shopping purchase unless you pay extra for them. Most people carry their own vinyl bags for shopping or stuff purchases in a large purse, backpack, or bag.

Time is also appreciated. Employees get, on average, five weeks of vacation in addition to the many many holidays. The average work week is 36 hours and an astounding number of people work four days a week.

Healthcare is also affordable and easy to come by. Everyone must be covered by law. The government also gives generous childcare aid and maternity and paternity leaves are recognized.

Of course, the language is challenging. It really does make all the difference when you speak the language.

However, I would have to say that the biggest challenge is making friends. You really do have to start all over again from scratch. Thanks to the International Women's Club I joined, making expat friends has been easy and I've met some wonderful women. My Dutch classes have also proven to be great sources for friendships. But my only Dutch friends were those of my husband and, even then, they are still very much his friends and not so much mine.

To meet more "locals" I joined an all-women Dutch singing group. The girls are lovely, but it has come to my attention that friendships here are valued much differently than in America. It is very American to have tons of "friends" that, in reality, are better described as acquaintances. The average American has several "best friends." Doesn't that sort of defy the meaning of "best friend". Because, there can really only be one best anything. In The Netherlands, once you have build up a strong friend base of 5 or so people, there is no longer a need for anymore friends. At a certain point, the Dutch aren't looking for any new friends. Because of this, they're much more difficult to develop friendships with. After several months in the group, I'm still working at it. But I have observed that once you break in, they are loyal friends for life. Something I think very few Americans really know about.

There are so many to list, I could write pages worth. The two very best are language related. My first was (thankfully) while practicing with my husband what to say to his parents at my first meeting with them. I wanted to say "It (the food) was delicious" which is "Het was lekker". What I said was "Ik ben lekker" which means "I'm hot." Oops! The other was when I was asking for directions to someone's house. I translated it incorrectly and ended up asking for psychological help. Oh the difference one wrong word can make! There were also some pretty excellent bicycling disasters, but luckily, nothing too incredibly embarrassing.

"When in Rome, do as the Romans do." This cliche has done me nothing but good. Always remember that you are in someone else's country. What is acceptable in your home country may not be here and vice versa. At the same time, don't let go of who you are or where you came from. Of course things will be different, but that's the beauty of living in another country. Different does not mean good or bad, better or worse. It simply means "different."

Talk with Expats in Netherlands

If you're not involved in our Netherlands Forum, it's a great place to meet others in your area, get answers to questions about moving to Netherlands or offer advice to a newcomer.

5 Tips for Tech Jobs in Amsterdam

Expats in the tech sector of Amsterdam benefit from its famously open society that encourages tech development - both in larger companies and start ups. Find out more about this hot European tech hub.

Expats in the tech sector of Amsterdam benefit from its famously open society that encourages tech development - both in larger companies and start ups. Find out more about this hot European tech hub... 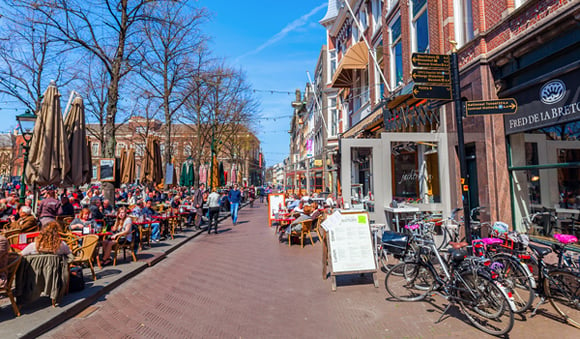 7 Things to Know Before Moving to The Netherlands

Expats who moved to the Netherlands talk about deciding whether to live in urban or suburban neighborhoods, adjusting to Dutch culture, finding an apartment and more.

Expats who moved to the Netherlands talk about deciding whether to live in urban or suburban neighborhoods, adjusting to Dutch culture, finding an apartment and more. ... 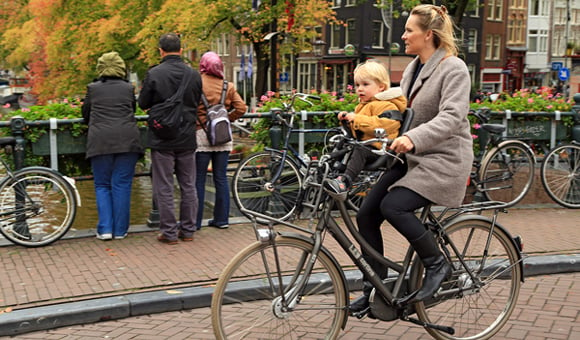 6 Tips for Expats Having a Baby in The Netherlands

Expat moms share their experiences having a baby in The Netherlands - from wonderful prenatal care to the home birth option for uncomplicated pregnancies and everything in between. While many new moms have very short hospital stays, they receive at home care from a beloved Kraamzorg (home nurse) as part of their maternity care, which expats resoundingly say makes all the difference.

Expat moms share their experiences having a baby in The Netherlands - from wonderful prenatal care to the home birth option for uncomplicated pregnancies and everything in between. While many new mom... 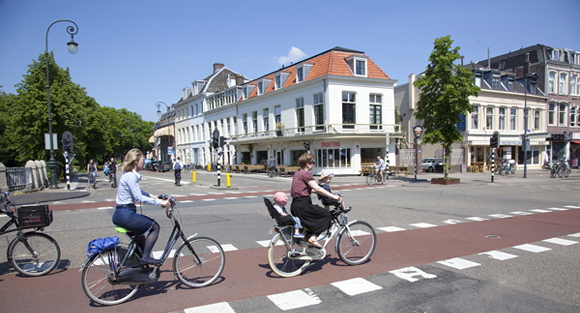 Expats in The Netherlands talk about 10 expat-friendly cities, what life is like there and how to meet people.

Expats in The Netherlands talk about 10 expat-friendly cities, what life is like there and how to meet people. ...

Thanks your interview was lighthearted and enlightening. I am looking forward to transplanting myself to Den Hague in January. I love Holland and the Dutch people, culture and the fact that the Netherlands is so environmentally conscious.

Get a quote for expat health insurance in Netherlands from our partner, Cigna Global Health.
Get a Quote

Expats from all over the Netherlands share their advice on what it's like to live there and what it takes to make the move a success.

Expats who moved to the Netherlands talk about deciding whether to live in urban or suburban neighborhoods, adjusting to Dutch culture, finding an apartment and more. (more)

9 important things for expats to know about healthcare in the Netherlands. Include information about health insurance requirements for residency, prescription medications, emergency medical care, ambulance service and more. (more) 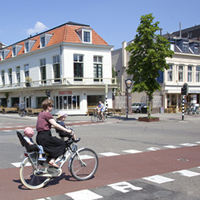 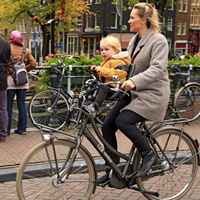 6 Tips for Expats Having a Baby in The Netherlands 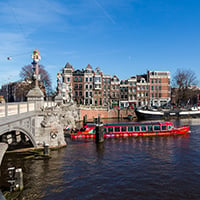 5 Tips for Tech Jobs in Amsterdam 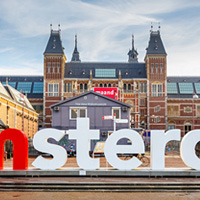